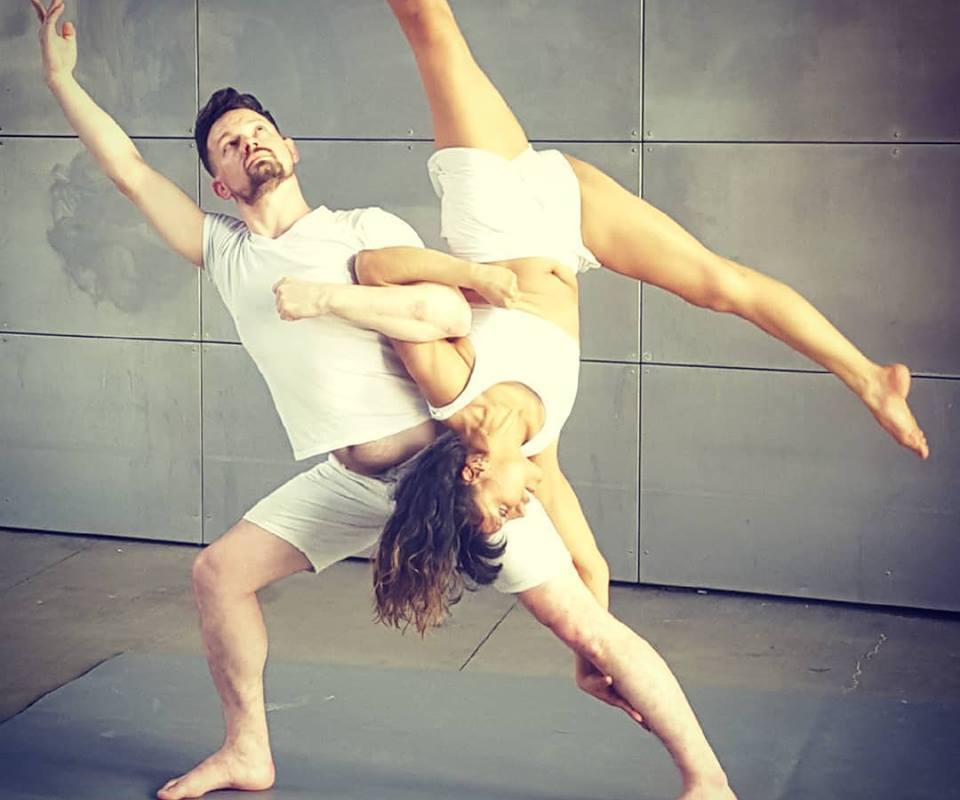 During the past eleven years in Chicago, Silvita Diaz Brown has persevered by sticking to her artistic vision and creation and has been pushing artistic boundaries; even when some of her artistic community was not fully understanding what she believed in. Silvita recalls that the Links Hall Director, Roell Schmidt, has been different and kept encouraging her. Now getting ready for her upcoming Links Hall* Co-MISSION Fellowship final concert  “Leyendas y Realidades” (“Legends and Realities”)  on Friday & Sunday,  June 21& 23; Thursday & Saturday, June 27 & 29, Silvita talked about her motivation, creative process and her perspectives on what artists are.

Why did you decide to reflect on your heritage this time?

I really wanted to go back to my Mexican heritage especially after becoming an American Citizen at the end of 2017.  I came to the US to study dance and English first back in 2002. I stayed for a year and a half and went back to Mexico to graduate from my dance degree. Later I returned to the USA to get married to my American husband; we moved to Toronto where I got my Masters degree in Theatre and Choreography.   I moved to Chicago in the summer of 2008, where I have been building my life into American culture and raised my daughter. I grew up in Mexico and I love my heritage, but I am also an American now: I speak the language, I understand the culture more and more, I have built strong communities of artists, yogis and friends, and family across Chicago. However, I realized it is very important for me to keep my Mexican heritage alive. Grounded within. Then, I can be both. Mexican and American. That’s what I want to be. It’s not one thing or the other, I am a combination of two cultures where I have lived in and they both have built the person I am today. So I needed to go back and research my history and mythology to create this piece. I knew I wanted to dig into Mesoamerican cultures: Aztecs and Mayas and the Spanish conquest which created our modern Mexico today; Mexico Mestizo. By exploring the mythology and history of prehispanic Mexico I wanted to reflect on how important is to bring this history to Chicago where there is a big Latino, especially Mexican population. When I received this Co-MISSION Fellowship opportunity, I felt this meant to happen. I started to do my research into the mythology and the history of Mexico.

Marta Ramirez, who is a Mexican-American art lover, came to see my performance “Del Otro Lado” at the National Museum of Mexican Art in Pilsen- which was about a love story between a Mexican and an American. Marta loved the performance and wanted to support my work and recommended me to research on La Malinche when I shared with her that I was going to do a piece about Mexican mythology and history for my Co-MISSION Fellowship. La Malinche has been mythologized and even cursed in the past in Mexican history as a traitor. Yet, after deep research by scholars like Mexican writer Octavio Paz, now La Malinche is considered the Mother of Mexico. As I deepened into my research, I identify her as a strong and intelligent woman that I wanted to honor as a Mexican woman myself that grew up in a patriarchal culture. I discovered so much about her; she spoke Nahuatl, the language of the Aztecs, as well as she, spoke Mayan and she learned Spanish as well. Malinche was born as a noble who grew up in the outskirts of Tenochtitlan, where is now Mexico City, at that time the capital of the Aztec Empire. Her father died when she was still a child and her mother remarried and gave La Malinche away to Mayan merchants as a slave. Later the Mayas gave her away to the Spanish as a present among other women. Yet, after a couple of days the conquistador Hernán Cortés soon realized that La Malinche was smart and spoke the languages that he needed and that is how her relationship with Hernan Cortes started to develop.

La Malinche is the mother of Mexico because she and Cortéz have the first son that is a combination of native with Spanish blood and that is called Mestizo. I am a Meztiza myself as I am a combination of Spanish and Native blood too and most Mexicans these days are. I was also raised in the center of Mexico super close to Mexico City, in the city of Puebla, where Malinche was from and where the Spanish established their cities. This mix of two cultures became the mestizo culture, which is the Mexican modern culture. A mix of cultures is happening now in Chicago. My daughter goes to school and a lot of her friends are a mix of Mexican and Caucasian. A new generation in the US is growing. The world is constantly changing and change is part of evolution, although perhaps not everyone sees it that way. I think it’s time to embrace diversity as a gift. The story of Malinche is an important story for me to tell. It tells me about my past. It also speaks about our present. That’s why I am super excited to share this work. It is meant to be!

Could you tell me a little bit about your experience with Roell?

Oh yeah, Roell is amazing. Just her being there and she is so supportive. She has really been my greatest supporter since I came to Chicago and I don’t speak just for myself; I think this is true for other artists, too. I think she has the gift of seeing artists’ internally. I think talent is overrated because what does talent really mean? You can have abilities and facilities to do something, but if you don’t practice it; if you don’t put your heart in it, nothing happens. So I do believe that true art is something that comes with discipline, heart, and commitment.

And that’s where the true artist comes from. So it’s not just about you being really good at something. It’s about whether you are really invested in it and even though you might get rejected, you are still making it happen and eventually it becomes who you are and that’s what artist means to me anyway. I feel Roell has the gift to see those people. Many of the big artists that we know in our contemporary world today in their past were judged or rejected for not doing “the right thing at that time”. I feel art comes from deep inside and it’s very unique to each artist. It goes beyond technique into self-expression.

Keeping dance in the center of her expression, Silvita successfully conveys Mexican mythology, history and her heritage. Applying the strength of the Acro Yoga training, she elevated the mentally and physically challenging practice into her own art form, and the serene and careful movement execution by dancers even reminds us of the historical pyramids of the Sun and the Moon in Mexico. Her music collaborator Wiebe Dirk Ophost also generously takes us into the journey through the ancient land of Mesoamerican cultures and the history of the Aztecs with the hints of contemporary sound essences freely combining electronics. Silvita has been accumulating her discipline step by step as those pyramids are built, and the strength and suspension themselves represent her own character of living through her life in the United States overlapped with the one of La Malinche. Witness and feel her magical craft of uniting all the ancient and contemporary elements with her peer resonating collaborators. We will feel hope.

“Able to evoke whole landscapes in a single exhalation” (New City Stage), Ayako Kato is an award-winning Japanese-native contemporary experimental dance artist originally from Yokohama. Recent years, she has been extending her realm of movement to the experiential and participatory field–through her own work in both traditional venues and site-specific settings (including in nature). She has been directing her company Ayako Kato/Art Union Humanscape since 1998 through interdisciplinary collaboration, particularly focused with over 60 musicians/composers in the US, Japan, and Europe. She is a recipient of 3Arts Award in Dance; 3Arts Residency Fellowship at the Camargo Foundation in Cassis, France; “Best of Dance” in the Chicago Tribune; Links Hall Co-MISSION Fellowship; Players: The Fifty People Who Really Perform for Chicago by Newcity Stage, Meiner Achievement Award; Chicago Dancemakers Lab Artist Award and beyond. www.artunionhumanscape.net