When you walk through the glass doors into the Lincoln Park Conservatory you leave the city and enter a dense jungle that feels of another place and time. Down the steps, to your left, you see a tree fern called a Sago palm that was shown at the World’s Columbian Exhibition in 1893. You learn from your guide that the same species grows thousands of miles away on Mt. Shamao in Taipei. Suddenly you hear strange birds singing. The guide directs your attention further down the path to the mossy escarpment on your right. There is a slight movement behind the ferns, a head full of wild curls. This is where the dancing begins.

The performative lecture Mt. Shamao by Milad Mozari and Mitsu Salmon, performed along with an ensemble of four dancers (Alexander JY Hayashi, Carole McCurdy, Jasmine Mendoza, and Harlan Rosen) is part research and part fantasy. Mozari acts as your friendly guide, marking the real and imagined histories of the Lincoln Park Conservatory as you step down the winding stone path brushing against the many-fingered ferns that reach toward you.

As you proceed through the glass house five dancers emerge, including Salmon. The movement styles vary. Some move slowly and create rounded shapes, a gentile unfurling. Others use sharp gestures, tracing a toothy edge. Together, the layers of improvised dance mirrors the textures of foliage that surround. In a climatic moment the performers come together in choreographed movement to simulate a mass of fingered ferns from behind a balcony of dense green that separates the action from the audience below.

Along the tour Mozari carries a speaker that plays a soundtrack consisting of specimens. Field recordings collected and manipulated by Mozari include bird sounds and Taiwanese aboriginal recordings. The audio directly connects to family history for Mozari, whose uncle had once traveled to Taiwan on a bird watching tour shortly before returning home to Iran to be arrested as a political prisoner. These samples are blended with Salmon’s vocals as she sings the scientific names of plants. For Salmon there is also a family connection. Her great grandfather was a Japanese botanist who identified and introduced new plant species in Taiwan. Some of his specimens along with photographs from the Lincoln Park Conservatory archive are etched on small glass plates and installed throughout the plantings with speakers. 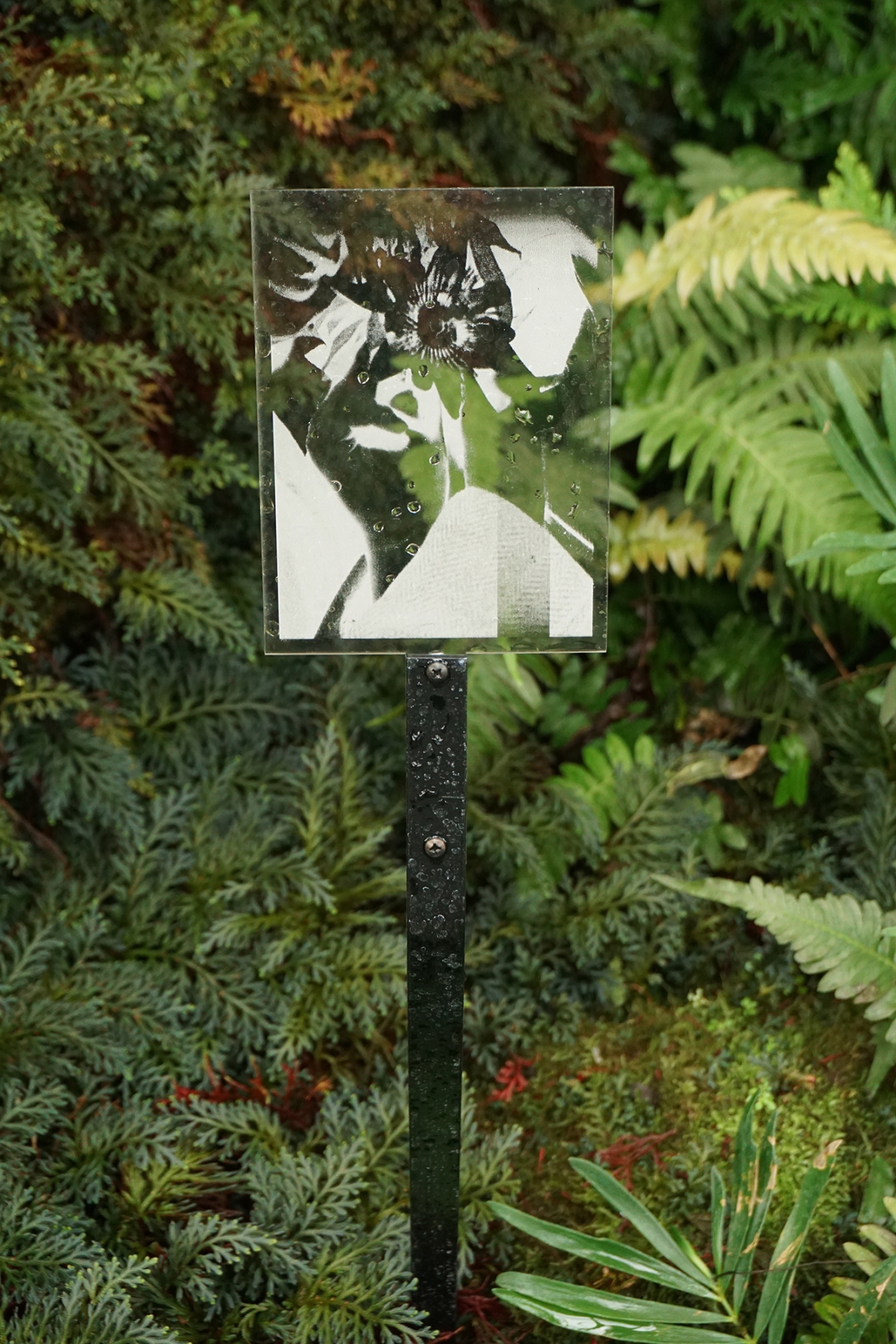 Immersed in a space that was constructed to appreciate nature, but also contain it, Mozari and Salmon encouraged the audience to reflect on the history of its founding. The biological collections from the turn of the twentieth century represent a sense of wonderment with scientific and industrial progress, but also imperial ambitions and a darker narrative. The artists’ research from Lincoln Park Conservatory and the Taipei Botanical Gardens explored this complicated global history.

Kara Jefts is a Chicago area art historian, archivist, and mover. Her research is focused on performance and its documentation, seeking answers to the question: how can one understand an action if not there as a witness. Her own work as a dancer is responsive to the environment, looking for rhythms in nature and machine movement for inspiration. www.karajefts.com

One thought on “Reflections on Mt. Shamao: A response by Kara Jefts”