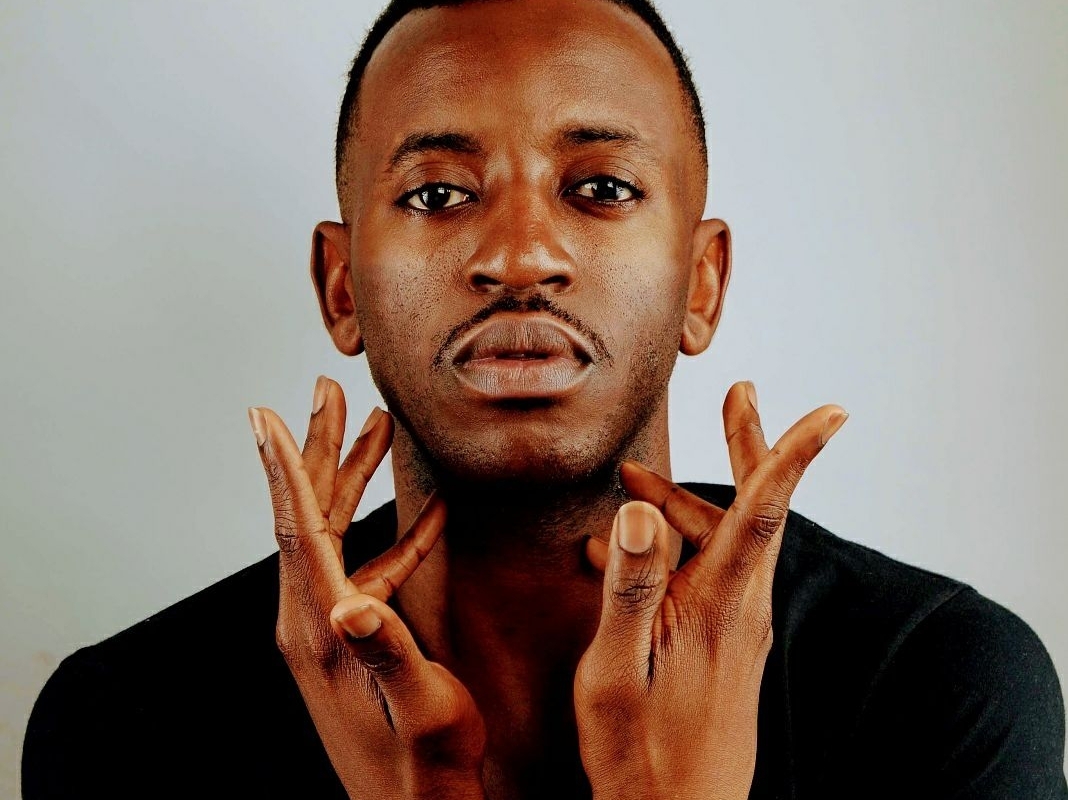 Brandon Avery showed two in-progress sections of a work that’s been five years in the making, framed by projected inspirational quotes from author E. Lynn Harris, whose writings have been a primary resource and inspiration for Avery’s piece.

Avery’s online program notes explain: “Harris’s realistic fiction works detailed the various lifestyles of Black American men living ‘on the down low (DL),’ how the lives of those closest to them are also affected, and miscellaneous social constructs in urban and rural America during the 1990s and 2000s. His bibliography also includes one memoir—which the choreographic series was eponymously titled after—that gives account to his days prior his success as an author, revealing his own trouble-to-triumph journey as a black gay American male.”

Avery’s piece explores questions of how troubles are overcome, where triumph is to be found; at times it resonates with an intensity that combines mourning, humility, and glory.

The evening’s first section, “Put It on the Altar,” features dancers Julie Matolo, Reygan Johnson, and Robyn Durham entering one by one in catwalk style, striking proud sexy poses. High heels kick, a bodysuit gyrates, flounces undulate, all with direct provocative gazes from the dancers toward the audience. Once all three have entered, they are intensely conscious of one another and reluctant to share the space of glory and attention on the stage. The competition alternates between fragile alliances and all-out battles, with the trio tripping and jostling one another to be out front downstage.

This business has a strong element of physical theater verging on pantomime, a bit hammy at times. The drama of mistrust never quite reaches a full-out war of nerves but plays out variations until it resolves poignantly with two dancers leaving the stage and one left exposed in the light—alone, no longer confident, no longer comfortable, but humbly and vulnerably present. What does it mean to win this battle merely by attrition? Here the triumph itself resonates with trouble and loss.

The second section flips the emotional dynamic to a more internal struggle. “What Becomes of the Brokenhearted” is Avery’s solo and has deeper impact. It begins with him lying close to the feet of the audience, curled (seemingly unconscious) near a spill of pills and bottles. He’s in undershorts and an unbuttoned shirt; a pair of rumpled jeans lies on the floor nearby. His hand and arm wake up before the rest of him, reaching up to test the air. Then the rest of him follows with a yelp of alarm.

Avery emerges into the performance space as a narrative soundtrack begins a personal story of a childhood haunted by a sharp awareness of mortality and the possibility of dying young (from a section of Harris’s memoir that recounts his first suicide attempt). Avery’s movement shifts between delicately balanced poses (this piqué is to die for, the next one is a holding on for dear life) and yearning skyward extensions of arms and neck. As the audio narration continues, Avery mimes a struggle with muteness, as if to say, listen to this body here before you, because these words you’re hearing can’t quite say it all. (And indeed my attention had strayed from the narration to simply take in the compelling movement.)

The dance is a soulful teetering and reaching that then piercingly confronts the audience directly with gestures of appeal, tenderness, and intense mourning. As the narrative soundtrack finishes, we hear India.Arie singing “I Am Light,” and Avery’s solo more emphatically gestures toward a search for individual grace of spirit. In this section, as in the trio, reaching for grace turns out to be more important than triumph. At the close, Avery returns to his starting place near the bottles and pills, sweeping them aside to kneel in a prayerful child’s pose. A bow celebrating and choosing life with gratitude, the initial curl of Avery’s body reversed. We mourn our different losses, but something beautiful is to be gained if we stay alive to mourn together.

Carole McCurdy is a Chicago-based artist whose work addresses grief and anxiety, duty and resistance, and the absurd mysteries of embodiment. She has performed at spaces including the Chicago Cultural Center, Epiphany Dance, Links Hall, Hamlin Park, High Concept Laboratories, and Defibrillator Gallery. She received a 2016 Lab Artist award from the Chicago Dancemakers Forum and was a Fall 2016 Sponsored Artist at High Concept Laboratories. She created and directed an ensemble piece, Waver, with support from CDF, HCL, and 3Arts Chicago. carolemccurdy.com